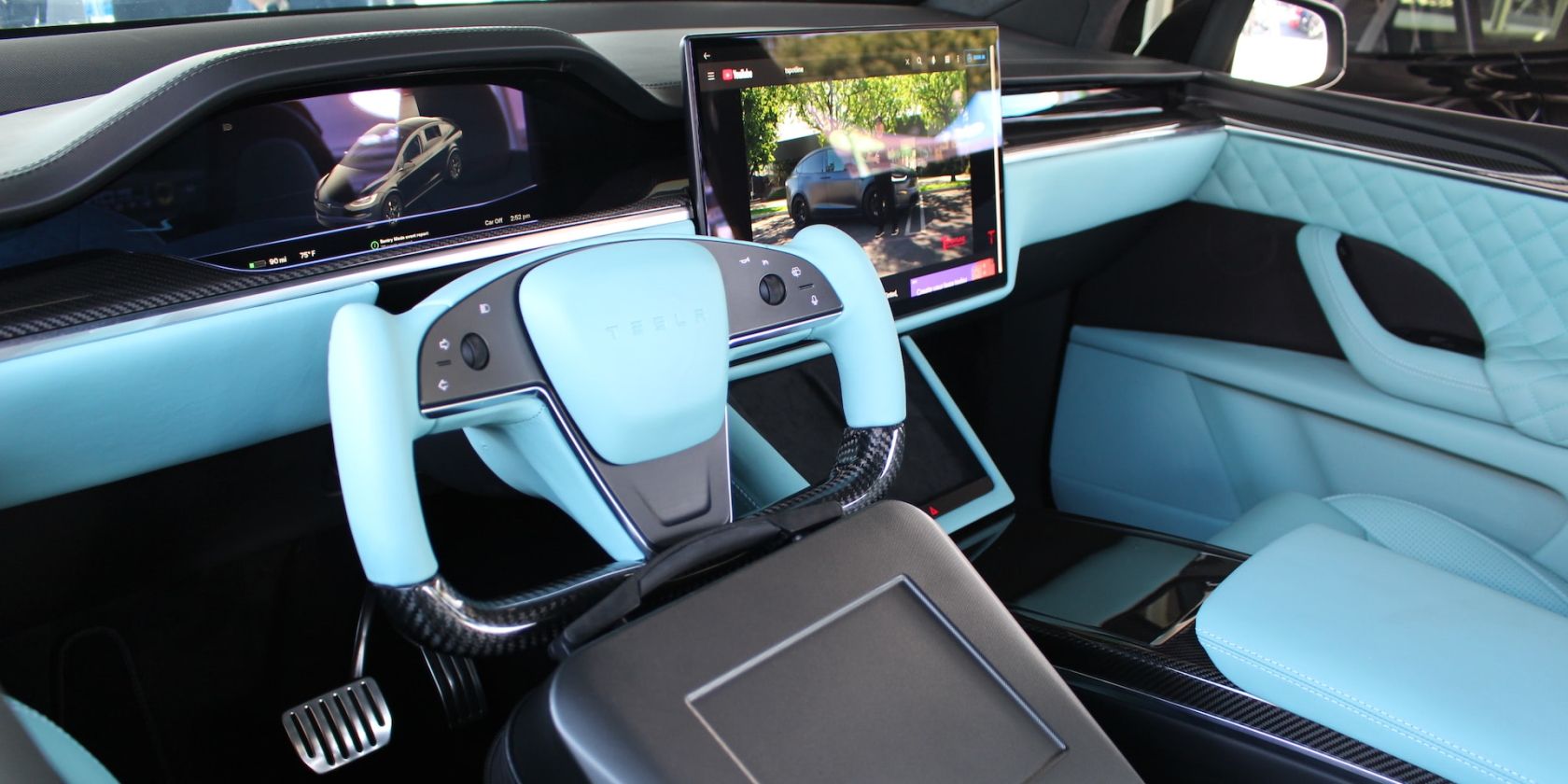 Tesla makes some of the coolest electric vehicles on the market, and the brand is just as famous for models yet to hit the market. Everything from the Tesla Semi to the Cybertruck captivates the public’s imagination.

Everyone has seen the radical exterior styling of the Tesla Roadster and the hawk doors of the Model X, but Tesla also builds amazing interiors with great technology. It’s amazing how much cool tech Tesla can cram into its vehicles.

Many 1970s American vehicles, especially muscle cars of the time, featured beautiful white interiors. Everything from the seats to the door panels was lined in a sumptuous white material.

Lately, vehicle interiors have become increasingly clinical. It’s hard to get into a modern car and not get lost in a sea of ​​boring black plastic trim. This is not the case with Tesla interiors.

Sure, there are boring Tesla interior colors, like the terribly boring black interior of the Model S. But Tesla has a secret weapon when it comes to its interiors. It’s called Ultra White, and it makes any Tesla interior a much better place to spend time.

Not only this, but white vegan leather opens up the interior, giving it a free and airy feeling. This is a must-have for any Tesla interior, mainly because the futuristic look perfectly complements the brand’s aesthetic.

You can also rest assured that no animals were killed to cover your Tesla’s seats, which is great as many EV manufacturers strive for greener interiors.

Tesla is known for its minimalist interiors, and the Model 3 is no exception to this philosophy. One thing you’ll notice right away when you sit inside a Model 3 is the lack of traditional HVAC vents.

Sure, there’s a huge bar that runs across the entire dash, but there are no tiny vents with conventional controls. It might seem like a minor omission at first, but Tesla actually overdesigned its climate control vents.

There’s really not much to see inside the Model 3, but there’s a lot of cool engineering behind the scenes. When you adjust the airflow via the central touchscreen, the air is magically directed to the desired area.

Tesla achieved this by using a system that uses a primary airflow and then a secondary air outlet that actually undercuts the primary system and directs the air where the user wants it to go.

The interface for controlling the airflow is very well done, and nothing less should be expected from Tesla. It’s funny that by trying to simplify the interior, Tesla ended up creating an even more complex system to redirect air without a traditional manually adjustable vent.

Regardless, the minimalistic look of the Model 3 fully warrants the remarkable engineering that went into the EV’s innovative HVAC system.

The steering device of the future, or yoke in Tesla jargon, is a unique interface that gives Tesla vehicles a spaceship vibe. It’s also present in the incredibly fast Model S Plaid.

The yoke might not be the most practical steering device, but it definitely livens up any boring ride. You’ll immediately feel like you’re behind the wheel of something special, almost like a more pedestrian TIE Fighter.

Most Tesla interiors will probably make you feel like Darth Vader anyway, so the Star Wars theme is pretty consistent throughout. The yoke itself houses tons of functionality in the tradition of modern Ferrari steering wheels.

The horn, high beam switch, and turn signals have been relegated to buttons on the yoke. It looks a bit messy, and nothing can replace the feeling of angrily smashing the center of the steering wheel to summon the mighty power of your vehicle’s horn.

What is undeniable is that the yoke definitely gives your passengers something to talk about. Because people either hate it or love it at first sight, it’s a great conversation piece. Regardless of what people say about the yoke, Tesla always finds a way to reinvent the wheel (no pun intended) in a cool way, even if it’s not entirely necessary.

The gaming deck built into the Model S might just be one of the coolest interior tech features in a car. Believe it or not, you can use the actual vehicle controls, such as the steering wheel and accelerator pedal, as the primary controls for the game you’re playing.

This opens up a whole new world of entertainment possibilities, especially while you’re waiting for your vehicle to finish charging. It cannot be understated how amazing it is that Tesla has opened up access to the actual steering device of the vehicle as a controller for racing games.

Also, the Model S and Model X variants released in 2022 and later can play Steam games as they both feature 16GB of onboard RAM. So you can play popular PC titles like Cyberpunk 2077 and Elden Ring while sitting on a charging station. It’s hard to imagine mainstream automakers allowing such shenanigans inside their vehicles.

5. The huge panoramic windshield of the Model X

Model X is famous for its hawk doors, but there’s another feature that makes Model X stand out so much. If you’ve ever sat in a Model X, the first thing you probably noticed was the huge windshield.

It gives the cockpit the feel of one of those deep sea exploration submarines. Obviously, the Tesla is better equipped than any of those subs, but the vibe is much the same.

The entire front of the Tesla is like a huge aquarium; visibility is insane. Even the sun visors are engineering marvels. They are neatly placed to the side when not in use to avoid obstructing the beautifully clean glass roof.

More cars should implement massive windshields like the Model X, especially if automakers can keep sun exposure to a minimum through various innovative techniques.

Tesla is still the king of innovation

Tesla is constantly innovating, and while the ideas can sometimes seem like gimmicks, it’s still great to see an automaker that doesn’t call the phone. This is especially true with interiors because modern vehicles often have interiors that bore their occupants to death. But that’s not the case at all with Tesla’s EV lineup.