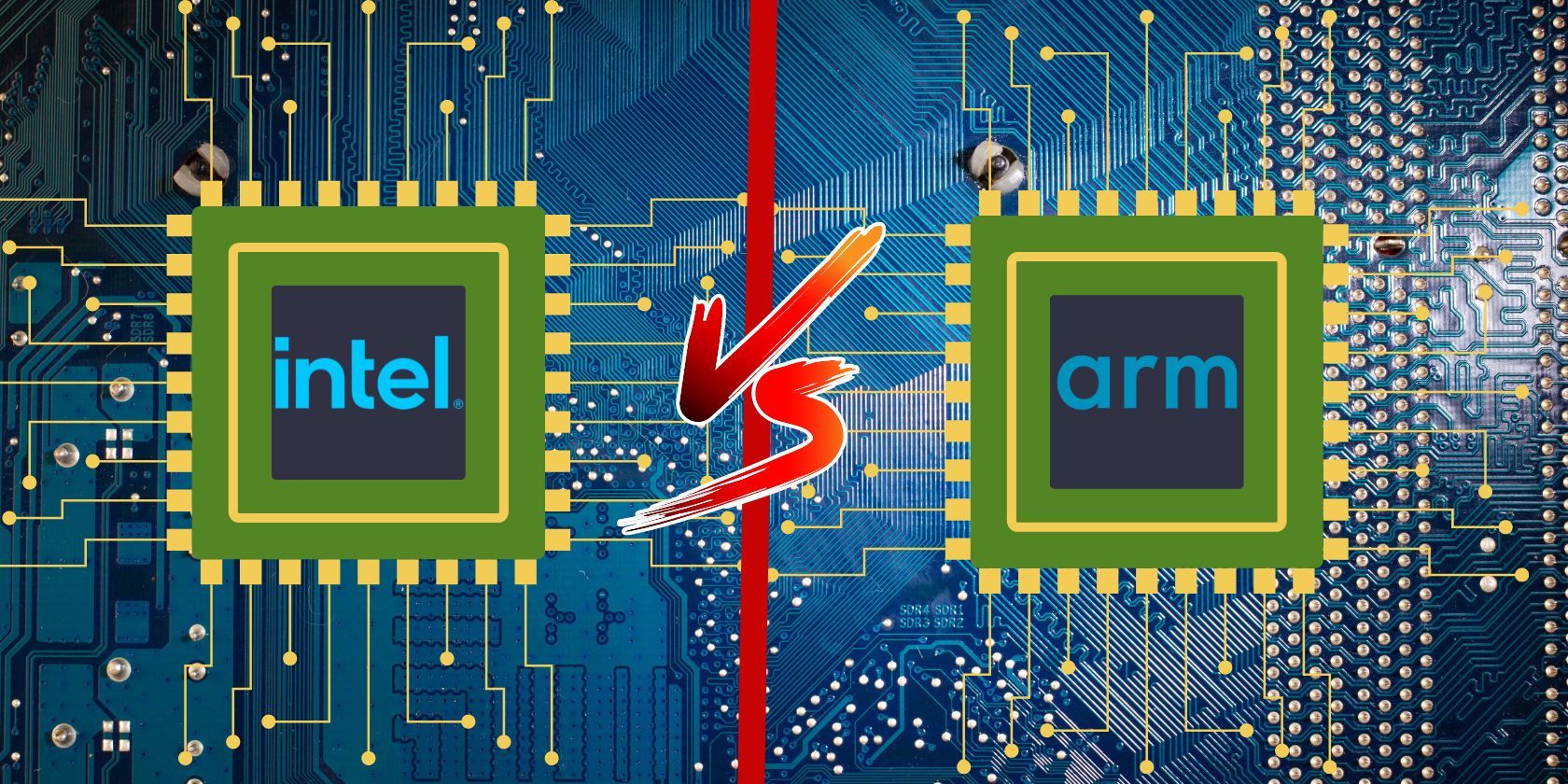 ARM and Intel processors currently power the vast majority of our electronic devices. Although they serve the same purpose, both processors are based on different architectures, which affects how programs are developed and how chips are made.

So how exactly are ARM and Intel processors different?

Unlike Intel, which designs and manufactures its chips, Arm is a company that designs ARM processors and licenses these designs to various companies. That is why you will find many ARM-based smartphone processors made by different companies such as Snapdragon, MediaTek, Exynos, and Tensor.

In 2012, Intel tried to make smartphone processors through its Intel Atom SoCs, but largely failed. This caused the company to focus less on making mobile processors and to continue to focus on the PC market.

Arm, on the other hand, has had some success designing processors for low-powered laptops and single-board computers, but has yet to break into the desktop PC market. However, it’s worth noting that Apple’s M1 chips, which Arm helped design, have proven capable processors, showing that ARM processors can compete against x86 chips from Intel and AMD.

So what is an Intel x86 processor and how is it different from ARM processors?

Differences between ARM and Intel processors

A large part of why ARM processors are primarily used for portable devices and Intel processors for personal computers is largely due to their use of different ISAs.

There are two types of ISA. They are Complex Instruction Set Computing (CISC) and Reduced Instruction Set Computing (RISC). CISC is an ISA in which microprocessors are designed to handle complex tasks and calculations quickly at the expense of low power efficiency. In contrast, RISC is an ISA where the processors are designed to handle simpler instructions but with high power efficiency.

Because x86 and ARM ISAs are based on two very different design philosophies (RISC and CISC), software built for Intel chips cannot be rendered natively by an ARM processor and vice versa. Having most programs built on a specific architecture ensures that consumers will buy a company’s processor just for the sheer number of applications available to them.

If you’ve ever been in the market for a new desktop CPU, you’ve probably noticed that your only options are an Intel or AMD processor. This is because most computer programs are designed for x86 processors. Since only Intel and AMD (which owns a license to use x86) can run these programs natively, they have successfully created a duopoly in the PC processor market.

ARM processors, on the other hand, have a monopoly on smartphone processors because smartphone operating systems and applications have been specifically programmed to run on ARM processors. Although other RISC-based processors compete with ARM, the number of applications that are already available for ARM is a big part of why they are used in almost all modern smartphones today.

If Arm wants a piece of the PC market, it needs to convince developers to port or build apps from scratch to run natively on their ARM processors. Although Microsoft Windows already supports ARM processors, ARM still needs to find a way to run the software people use every day to convince the public to buy ARM processors for their PCs.

On the other hand, ARM processors are much faster than Intel processors because they are designed to work on simple tasks that do not require the same clock speeds as their Intel counterparts.

Although they lack raw performance, ARM processors have the advantage over Intel when it comes to efficiency.

On the other hand, ARM-based processors are optimized in both hardware and software, making them highly efficient processors that require very little power. Requiring little power to run also means relatively low heat, allowing ARM CPUs to be integrated into a system on a chip (SoC).

An SoC combines CPU, GPU, RAM, DSP, and telecom modems on a die or chip. All the essential solid-state components on a single chip make an ARM process highly efficient because data doesn’t have to travel far for every component in the SoC to process it.

ARM vs. Intel: Which processor is better?

However, Apple’s ARM-based M1 and M2 computers are highly efficient and relatively powerful. Extensive testing has shown that even its base model M1 MacBook Air can outperform CISC-based Windows laptops of similar specifications.

However, since most computers run Windows, many developers find building applications for CISC processors more cost effective. It’s also why Macs often have fewer options when it comes to AAA apps and games.

However, this is not true when it comes to smartphone and tablet processors. Although Intel’s Atom SoC was power efficient, they just weren’t as good as their ARM counterparts in terms of performance per watt. For this reason, ARM processors are even better when it comes to the smartphone market.

Just ten years ago, even Intel’s basic CISC-based processors were far more powerful than top-of-the-line ARM-based chips. However, this is no longer the case. Apple has shown with its M1 and M2 chips that ARM-based CPUs can be just as capable, if not more so, than Intel’s competing offering.

However, this does not mean that the CISC-based x86 chip is about to disappear. Given the large number of computers running these chips, it will take time before Arm’s ARM chips supplant Intel’s x86 offerings. But as ARM processors become more powerful and affordable, their adoption will increase, and pretty soon you’ll find that ARM CPUs power the majority of computers on the market.