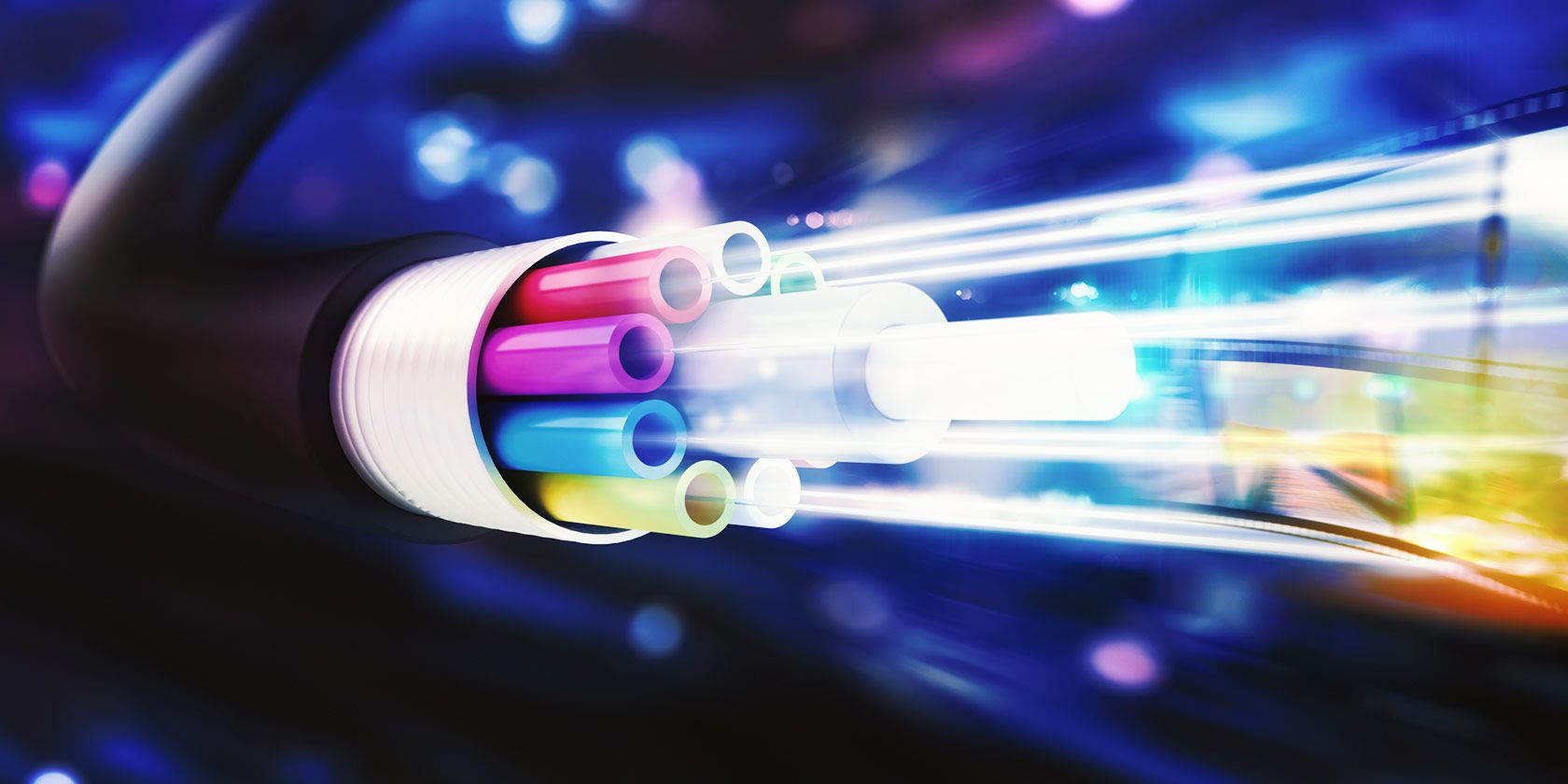 So you’ve just moved into a new neighborhood, and depending on where you are, you have an important decision to make.

You don’t want a 56K dial-up because that’s too slow for the modern web. Currently, satellite internet is too expensive and troublesome, mainly suffering from high latency and limited practical use. Cellular has come a long way, but it’s not on par with a wired option.

That leaves cable, fiber, and DSL. But which one is the best of the bunch? Let’s find out below.

Cable Internet uses the same technology as cable television: data travels over a coaxial cable, often called “coaxial” for short. The content is a copper core surrounded by a dielectric insulator, a woven copper shield, and a plastic outer shell.

A coaxial cable is more than capable of providing an Internet connection and television access at the same time, with plenty of bandwidth to spare. This is why the two services are often bundled together.

A fiber optic cable contains glass or plastic fibers that transmit light instead of electricity. Your data, whether it’s a phone call or a podcast, is contained within this light.

This process works due to total internal reflection. Every time light hits a material, it can be absorbed, reflected, or refracted. If the light is absorbed trying to escape the cable, there is no connection at the other end, and if it is refracted through the cable, the data does not reach the other end. Light must be continuously reflected from one end to the other to work.

For this reason, fibers consist of two layers: core and sheath. The inner and outer layers are made of glass, such as silicon dioxide. However, the outer skin may have other materials mixed in to achieve a lower refractive index than the core. If the coating has a higher index, light will escape from the cable during transmission.

DSL stands for digital subscriber line and is a type of technology used to transmit data over telephone lines. Unlike dial-up, DSL doesn’t prevent you from making phone calls over a landline at the same time.

Because DSL uses existing phone lines, this can make it cheaper to deploy than cable or fiber Internet, which often require digging trenches to bury cables underground.

Most customers have what is known as asymmetric DSL, which means download speeds are faster than upload speeds. This concept probably sounds familiar to you, since it’s what most of us experience, regardless of the type of internet we use.

Symmetrical DSL exists, and researchers have achieved speeds greater than 1 Gbps in both directions using transitional copper phone lines. In practice, however, DSL speeds are much slower.

Internet by cable, fiber or DSL: which is faster?

Fiber is undoubtedly the fastest, but the gap is closing. Google Fiber promises speeds of up to 2 Gbps. By comparison, Comcast’s cable plans top out at around 1 Gbps (Gigabit Ethernet), but the company has promised 2 Gbps by 2025. That said, Comcast uses a mix of coax and fiber. On the other hand, despite what researchers have been able to achieve, Verizon’s DSL plan maxes out at 15 Mbps.

But that doesn’t mean that if you sign up for fiber internet, it will be faster for you.

The speed of the Internet connection depends on several factors. If there are many people in your neighborhood accessing the Internet at the same time, your videos may buffer more frequently. This is especially true with cable, but fiber internet isn’t immune either.

Then there is the negative effect of limited competition. In theory, Verizon Fios can offer faster speeds than Comcast Xfinity, since the former uses fiber optic cables and the latter uses coaxial cable. However, Verizon often offers plans at a similar speed for a comparable price.

As such, when deciding between fiber or cable, you may be asking a different question.

Fiber has many benefits over cable besides speed. Since fiber optic cables send data faster, they are better suited for long-distance communication, which is why they power much of the Internet.

Fiber Internet connections are also less likely to fail during a power outage, since there is no electricity involved. Because they are made of glass or plastic, they are less susceptible to interference from power lines, electrical equipment, or lightning.

Cable Internet has the advantage of availability. It is usually offered where cable television exists, which means that most non-rural areas have access to it. On the other hand, fiber is often limited to certain cities, and even within a city, only certain areas can have access to it.

DSL may be available in areas where cable and fiber are not, although phone lines are no longer as essential as they once were. Cellular and satellite internet have increasingly replaced DSL as an internet option for people who can’t get cable or fiber.

As for the cost, there is a trade-off. Cable and DSL Internet rely on a company’s existing infrastructure (because cable TV and phone lines have been around for decades), while fiber often requires installing new cables in an area. On the other hand, fiber is cheaper to maintain over time. As far as what consumers pay, the plans are pretty comparable no matter which one you choose.

Then there’s the matter of using your own hardware. Comcast cable Internet service allows you to use your own modem and router. Using your own router with Verizon Fios or Google Fiber is possible, but not easy.

What about the future?

Between cable and fiber, fiber is the future. We all know about Google Fiber, but more and more companies are getting in on the game. AT&T Fiber is now reaching cities across the United States. Comcast’s fastest plans use fiber, and smaller players like Ting have also gotten in on the game.

That’s not to say that fiber is the future of residential Internet access, not if projects like Starlink have anything to say about it. Satellite internet is currently plagued by high latency, but the potential exists for it to bring fast access to people all over the planet.

This approach would give people in rural areas reliable broadband access, and urban residents would have an alternative to cable and fiber when companies have monopolies in their areas.

Nor should we overlook the rapid advancement of the cellular Internet. More and more people are increasingly using smartphones as their main computers. Portable hotspots already offer speeds that rival or exceed what customers can get from traditional Internet plans.

As companies continue to build out their networks and improve their technology, we can expect this to become a more attractive option. For years, small data caps have limited cellular networks from connecting all the devices in your home, but that’s changing. For example, T-Mobile’s 5G home internet doesn’t come with a data cap.

Which internet connection is right for you?

Cable offers great speeds and will probably be around for many years. It’s not technologically the best option, but it’s more than enough to get the job done.

With that being said, fiber is quickly becoming an affordable option for millions of people around the world. Unfortunately, DSL sees a lot less investment these days. Among the three, the future is in favor of fiber.