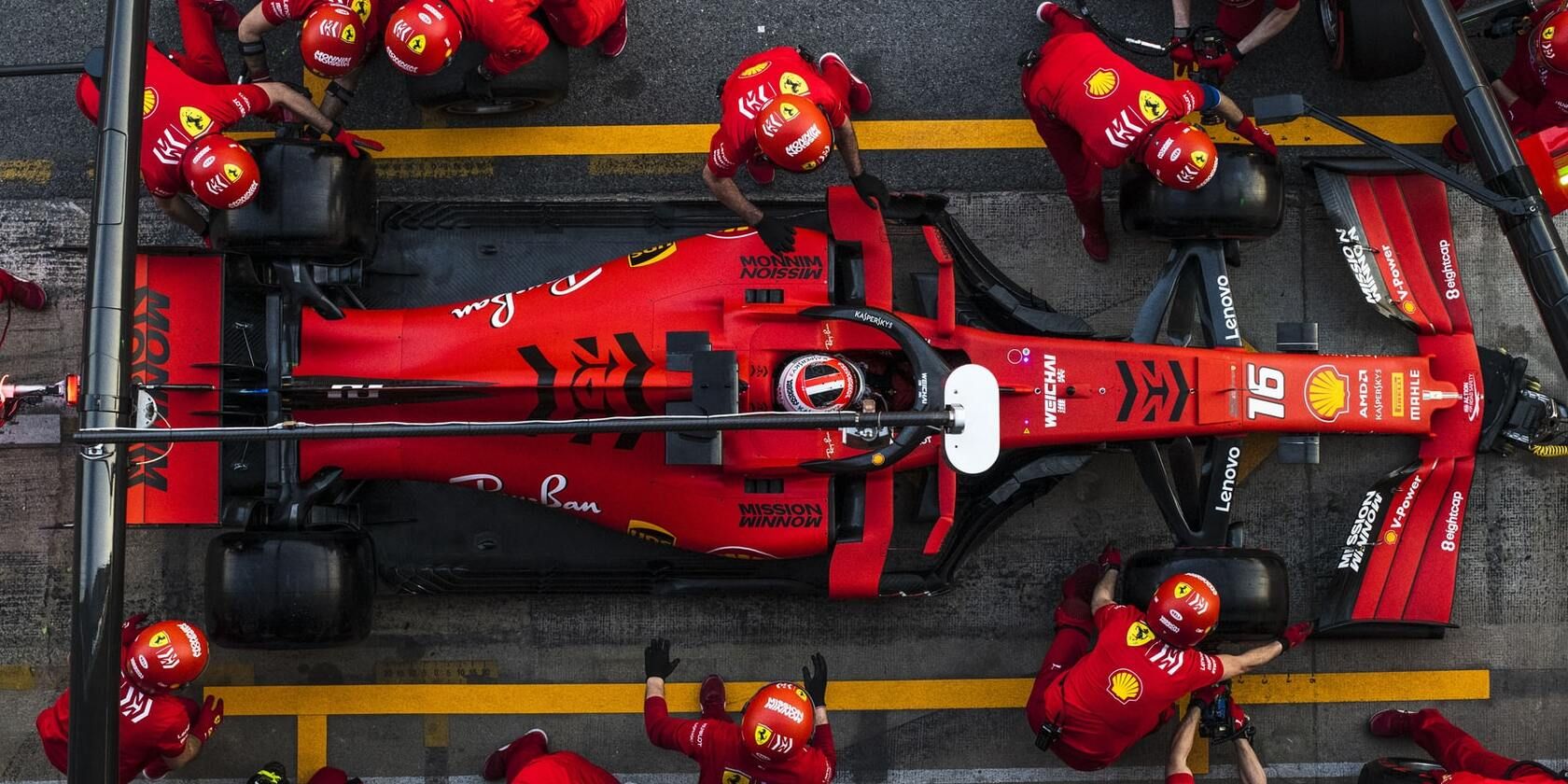 Most track race cars have a few tricks up their sleeves to outperform the competition. Being the pinnacle of motorsport, F1 cars are no stranger to complicated systems designed to make the cars go faster.

One of those systems is KERS. It was introduced in 2009 to support F1’s two-pronged strategy to promote the development of environmentally friendly and road car-relevant technologies in F1 racing, but was not widely adopted until 2011.

It has been present in every car since then.

What is KERS and how does it work?

KERS stands for Kinetic Energy Recovery System. Every time you brake to slow your car down, kinetic energy is lost as heat due to friction between the brake pads and the actual wheel. Instead, a KERS harnesses this energy and stores it for deployment later when it is beneficial to the driver.

There are two main types of KERS: mechanical and electrical. While road car deployments may use a mechanical KERS, F1 constructors have so far embraced all electrical systems.

These are powered by an electrical generator called the Motor Generating Unit – Kinetics (MGU-K) which converts the heat produced by braking into electrical energy. The converted electrical energy is then stored in a battery with an FIA regulated capacity of 2MJ per lap, called Energy Storage (ES).

When necessary, the driver can press a button on his steering wheel to deploy this power by fusing it with the engine’s output thanks to an electric motor usually located in front of the crankshaft.

Full production of the MGU-K is also regulated by the FIA. Previous systems were capped at 60kW (roughly 80bhp), but the limit was later raised to 120kW (almost 160bhp) in 2014 to balance out the weaker 1.6-litre V6 that was replacing the older and older 2.4-litre V8 engine. powerful.

While the exact specifications of an F1 manufacturer’s KERS system, simply called ERS in the sport, would be a closely guarded secret, the aforementioned system forms the basis of an electric KERS.

An MGU-K is not to be confused with an MGU-H (Heat), which is a separate electronic device that forms the remaining part of an F1 ERS. It’s a similar concept, but instead of capturing heat from the brakes, it captures the thermal energy generated by the engine’s exhaust.

The combination of the two systems means that the battery can now be charged even when the car is not actively braking. Furthermore, since the FIA ​​does not impose any regulation on the MGU-H, any power generated by it can be fed directly to the MGU-K without going through essentially any regulation on the latter.

The MGU-H also solves turbo lag by using a motor to power the compressor and therefore does not require the turbine to wait for exhaust gases. The two systems combined form the ERS or Energy Recovery System in an F1 car.

As mentioned above, the delivery of power to the wheels is controlled by a button on the driver’s steering wheel. Teams often help drivers brake more aggressively or change gears in a certain way to recharge the maximum amount of energy each lap or deploy it more tactically.

Is ERS different from regenerative braking?

So far, if an ERS sounds a lot like the regenerative braking you see in electric cars on the road, you’re not wrong. They are essentially the same thing. Both systems take advantage of a vehicle’s braking to recharge the car’s battery, which is then used to power the wheels.

This has helped achieve what is called one-pedal driving in most electric cars. When you ease off the accelerator, the system kicks in and slows the car down with an aggressiveness that is often driver controllable.

This ensures that the battery is charged as much as possible during daily commutes and road trips. Instead, an ERS would focus on charging the same battery with as little braking as possible, hence the combination of the MGU-K and MGU-H. The deployment of stored energy is also much more aggressive.

So could you put a KERS in a normal road car and have vehicles with amazing range? Not exactly, considering that an ERS is much more aggressive than regular regenerative braking, there are going to be a couple of issues, starting with the battery.

The batteries used in an ERS are much more resistant to rapid charging and discharging, bearing the brunt of an F1 car doing 60+ laps around a track. They can consume large amounts of power to quickly recharge, and then provide an equally large amount of power to add to the car’s overall output.

Road car batteries are geared toward durability, longer life to withstand more charge cycles, and most importantly, safety. That’s not to say that an ERS isn’t safe, it’s just that the battery of a normal electric or hybrid road car won’t be able to keep up with the system.

Regenerative braking systems in cars also don’t generate as much energy to put back into the battery as it takes to move the car. This means that the gained charge is much less than what an MGU-K would provide.

Finally, the power display is quite different as well, especially if you’re driving a hybrid car, where the electrical systems are often meant to replace the power produced by the car’s gasoline engine. In electric cars, there is no electrical deployment to do, as the system only charges the battery.

By contrast, ERS in F1 or KERS, in general, is focused on deploying stored electrical energy into the engine’s existing output.

The future of KERS

As advances in F1 make batteries and regenerative systems more efficient, they are finally making their way to the road cars we drive every day. This means that we will get cars that recharge faster, with improved autonomy.

Until then, you can be proud of your vehicle’s existing regenerative systems for saving as much energy as they already do.