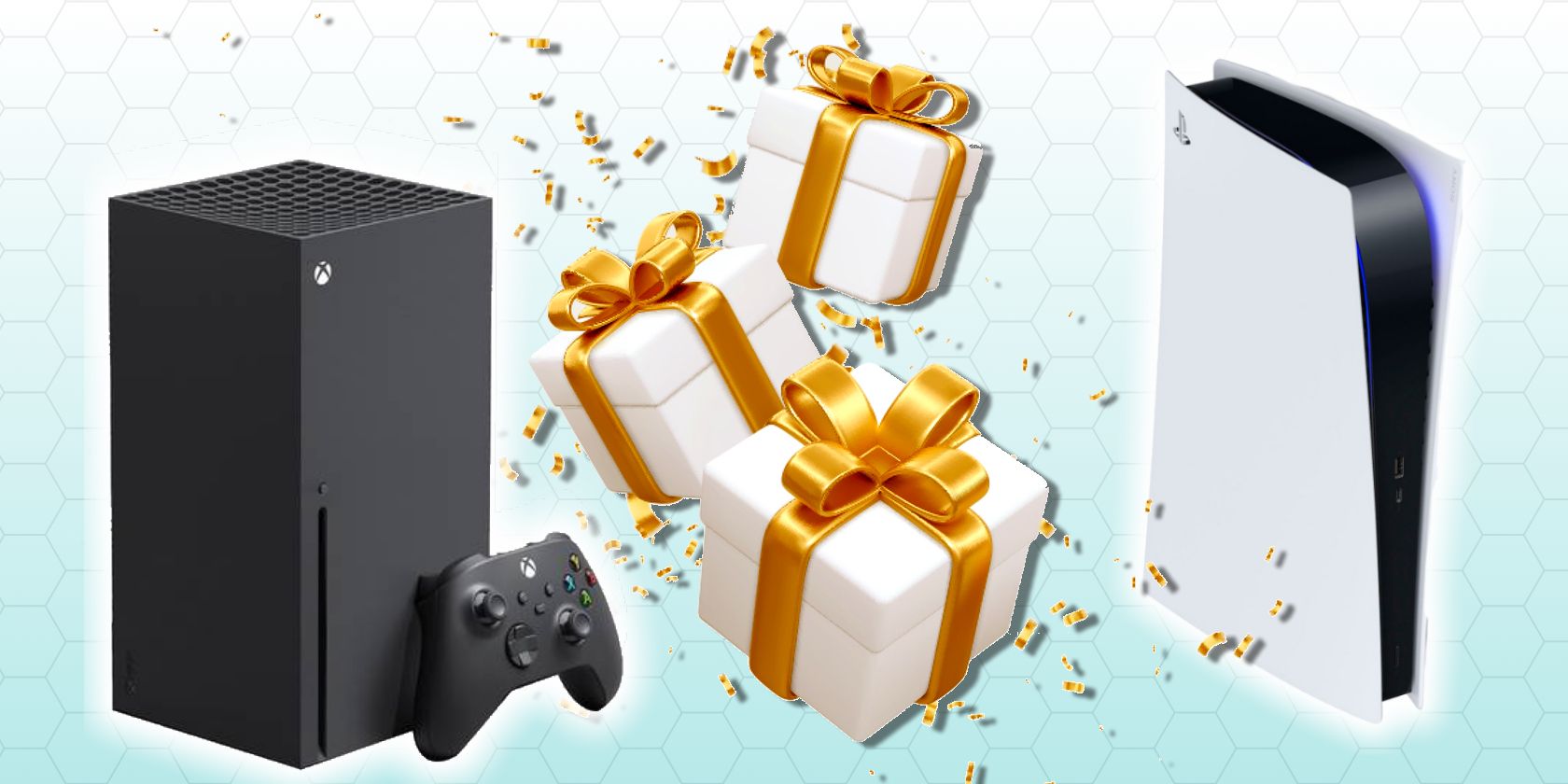 So, you’re gifting someone a PlayStation 5 or an Xbox Series X, and you couldn’t be more excited to see them open the big gift.

The paper was discarded, the howls of excitement subsided, and he got down to business: plugging in this new console.

But there is a problem. Modern game consoles and their games require downloads and updates before playing.

The mood is crushed. Tears flow, both adults and children, and the painful wait to start playing begins.

So to avoid such a scenario, remember to update game consoles before giving them away. Trust us; It will save birthdays, Christmas, holidays and everything in between.

Why do I need to upgrade a game console before giving it away?

One thing that parents around the world have overlooked (if you have, you’re by no means the only one!) is that modern games have gotten big. Like, really big in some cases. Also, most games now receive regular updates. Whereas in the past you bought a PlayStation 1 with Crash Bandicoot on it and that was the game, many blockbuster titles now receive frequent content updates to tweak the game, fix bugs, add new content, or even introduce entirely new game modes.

Gone are the days when you could simply go to the store, grab a console off the shelf, select the top titles in the game list, and call it a day. That Sega Mega Drive in your cupboard gathering dust is still running the exact same code as it was 30 years ago. Your code remains intact, but that’s not the case on modern consoles. In addition to the games, the consoles themselves receive frequent updates, sometimes to introduce new features, but also to react to security issues in the age of Internet-connected gaming.

The problem is that some of these updates are massive and can take hours to download, anywhere from a few hundred megabytes to tens of gigabytes. Also, buying a physical game instead of a digital one doesn’t always make a difference. For example, Call of Duty: Modern Warfare II shipped a physical disc with only 72MB of data, which means that even if you go to the store and buy it now, you’ll have to download it when you get home.

“And… what do you think. I have an excellent Internet connection.”

For the most part, you’re right; a blazing fast internet connection can mitigate the problem. However, on numerous occasions in the last decade, PlayStation and Xbox users have struggled to update their shiny new consoles on Christmas Day, as millions of new machines come online and try to update simultaneously.

Not only that, but on more than one occasion, hackers have launched DDoS attacks on the Xbox and PlayStation networks to force them offline, preventing anyone from updating any hardware. So in some cases, even if you bought a console bundle with games included, those games will still require an internet-connected update before the console will allow you to access the content, and if the network is down, you’re out of luck.

So in summary, if you’re considering giving your loved one (especially kids!) a PlayStation 5, Xbox Series X, or Series S, and to a lesser extent, a Nintendo Switch as a top-tier gift, you should definitely upgrade first. .

How do I update a PlayStation 5 or Xbox Series X without them knowing?

Now onto the next big problem. You know you need to update the console, but how do you do it without raising suspicion?

The answer is guest accounts. On both PlayStation 5 and Xbox Series X|S, you can turn on the machine, connect to the Internet, and update the console’s firmware without creating a specific user account or having to sign in to a PlayStation Network or Xbox Live account. On both consoles, the upgrade option comes before the login option, and it’s a pretty prominent page as well.

Of course, once you update your console, you’ll also want to install and update some games.

If you have games with physical media, such as those that come with a new console, you can insert the disc into the console. The console will usually recognize the disc and ask if you want to download and apply any updates. If you’re swimming in new games and content, you might even take a moment to transfer games from PS5’s internal storage to an M.2 SSD. Plus, you might as well take a moment to update the PS5’s DualSense controller; yes, even the drivers get updates these days!

Also, you can download and install system updates for PlayStation 5 and Xbox Series X|S from a USB flash drive.

In both cases, it will download the latest console update to an external flash drive. Then, on the big day, you can take it out and update it whenever you want.

One thing to consider with the USB flash drive update method is how recent the update is when you download it. Let’s say you’re giving away a new console for Christmas, so you’ve got everything ready under the tree, wrapped up and ready to go. The console update USB flash drive is also ready, but it may be out of date by the time you go to use the drive.

Now, that’s not a major problem, as the update will still work, and given how close it was to when you downloaded it, it’s probably going to work anyway. But it can also mean that you need a little extra download that day, so keep that in mind. Often it is best to leave the USB flash drive method as late as possible or even use it as a backup method.

Go ahead and upgrade your consoles before gifting

Gifting someone a next-gen console is an amazing idea. It is sure to bring countless hours of amazing fun and entertainment to someone’s life!

Just remember that modern consoles are just like regular computers or laptops right now. They require frequent updates to keep up with new features, not to mention security patches and bugs. As long as you unbox that new console and upgrade before the big day, you’ll be fine.

And of course, if not, don’t worry. A game console is a brilliant gift, upgraded or not!