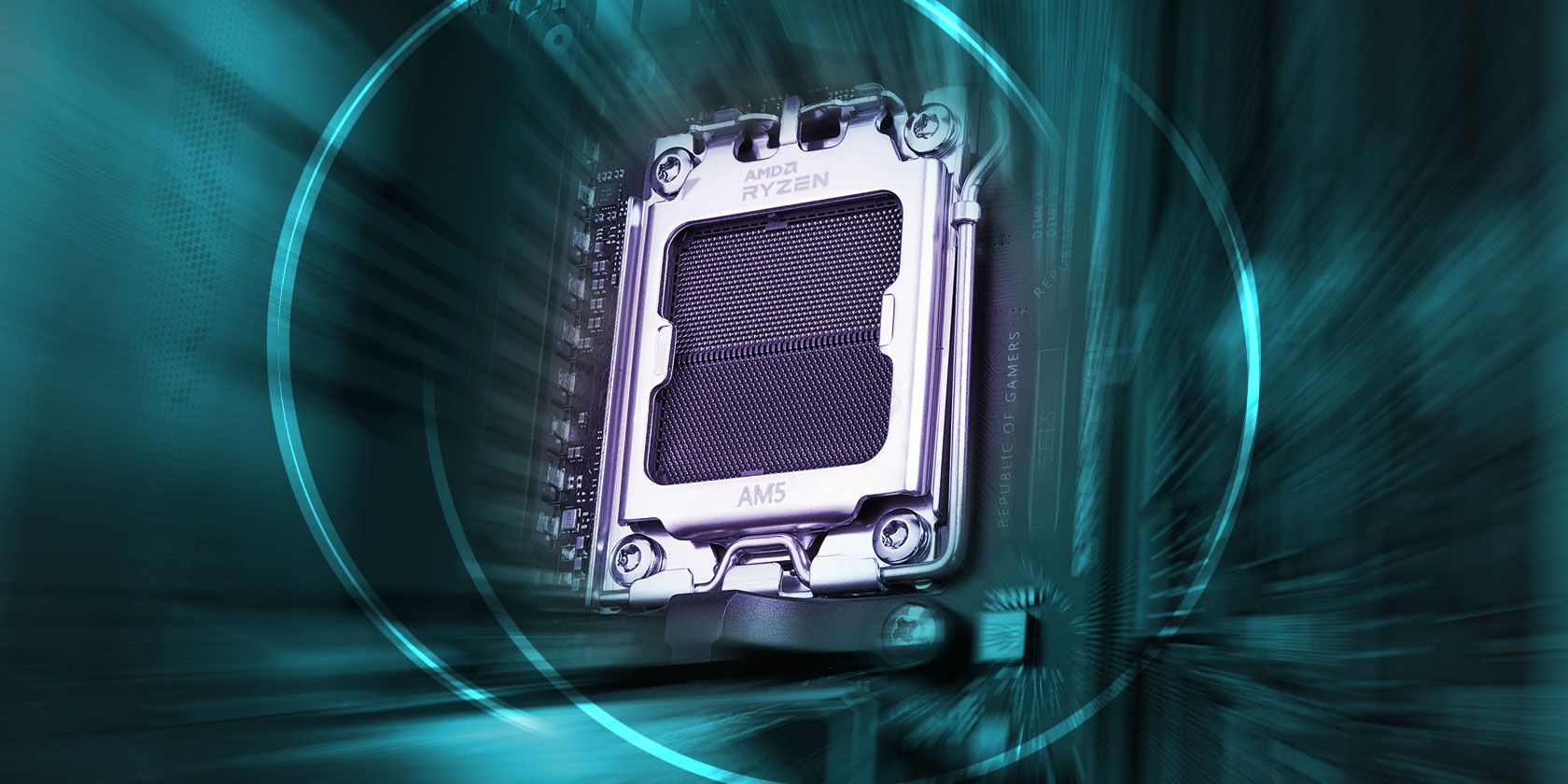 AMD released socket AM5 alongside the Ryzen 7000 series desktop CPUs in August 2022. This updated the AM4 socket that AMD released in 2016 for the Zen+ architecture, which used up to Zen 3 processors.

But with the release of Zen 4 Ryzen 7000 chips and the corresponding AM5 socket, does that mean you should upgrade to AMD’s latest offering?

Before we discuss whether you should upgrade to AM5, we need to determine what it is. The AM5 is AMD’s latest socket design for their processors, meaning this is where AMD CPUs go on the motherboard.

Previously, AMD used the AM4 socket, which used a Pin Grid Array (PGA). This means that the AMD CPU had numerous pins on the bottom, which you have to put in socket AM4. Due to this design, AMD processors using this socket are more susceptible to damage if you drop it or place it crooked in the socket.

However, the new AM5 transitions to a Land Grid Array (LGA) design, similar to Intel. This makes processors more resistant to damage and allows AMD to increase the pin density of its AM5-compatible CPUs.

What CPUs do AM5 use?

Aside from those CPUs, you can expect any future processors AMD releases, including more Ryzen 7000 series models and future Ryzen 8000 series processors, to use the AM5 socket.

What chipsets are supported by AM5?

Now, if you are planning to get one of the latest AMD Ryzen 7000 processors, then you better plan on getting an AM5 compatible motherboard as well. Four chipsets currently support socket AM5: X670E, X670, B650E, and B650.

The X670 and X670E cater to the enthusiast market, while the B650 and B650E are cheaper options for the AM5 socket. AMD is also rumored to launch the entry-level A620 chipset in 2023, but we may have to wait until CES 2023 before hearing any news on that.

With all these options, it can be difficult to decide which chipset to choose. So if you need help, you should check out our comparison between the X670E, X670, B650E and B650 motherboards.

When was socket AM5 released?

We first heard about AMD’s socket AM5 at CES 2022 in January 2022. The company then released more details about it at Computex in May 2022. However, it was in August 2022 that socket AM5 was released along with Ryzen 7000 processors.

Since Ryzen 7000 chips started shipping on September 27, 2022, it can be said that the AM5 was available at the same time. After all, you can’t use the new Ryzen 7000 processors without it.

What advantages does the AM5 have over the AM4?

The increased pin density brought about by the switch to the LGA layout gives the AM5 several advantages over the AM4. This includes increased power handling and the ability to fit more contact pads into a smaller footprint.

Additionally, socket AM5 supports both DDR5 and PCIe 5.0 technologies, allowing you to use the faster speeds they provide. Therefore, if you plan to upgrade to a socket AM5 processor, you should get new DDR5 RAM, as DDR5 is physically different from DDR4 and is not backwards compatible.

You should also note that the AM5 socket is backwards compatible with AM4 coolers. This means you can reuse the air or water cooler you used in your Ryzen 5000 CPU, saving you a few bucks when building your new AMD PC.

If you want more details, check out how AMD AM5 is better than AM4.

How long will socket AM5 last?

If you plan to upgrade your computer from time to time, you need to worry about future compatibility. Fortunately, AMD has a good track record on this. For example, the AM5’s predecessor, the AM4, came with guaranteed support until 2020.

Since its launch in 2016, users have known that they could reliably upgrade their AMD processors for four years without worrying about buying a new motherboard. It is true that only in 2022 AMD released Ryzen 7000 series processors with socket AM5, which means that the AM4 supported more than six years of processor development.

So if you bought a Ryzen 1000 series chip in 2016, you can still upgrade to a much more powerful Ryzen 5000 series CPU in 2022 without replacing the motherboard.

During the launch event, AMD made a commitment to support socket AM5 until 2025, giving it a lifespan of at least three years. However, if AMD’s reputation with the AM4 is anything to go by, you can expect the socket to be compatible with its latest chips well beyond that date.

Should I upgrade to AM5?

If you’re an AMD fan, upgrading to AM5 isn’t a matter of if, but when. Since AMD will be using this chipset in the future, you will eventually have to upgrade whether you like it or not.

AM5 is the future of AMD CPUs

It also opens up new technologies such as DDR5 and PCIe 5.0, allowing AMD users to enjoy the fastest RAM and SSDs you can get today. And if you go for the Extreme chipsets, you also get a PCIe 5.0 graphics slot, ensuring you can use it without upgrading your motherboard once GPU manufacturers like NVIDIA, Intel, and AMD itself implement it. .