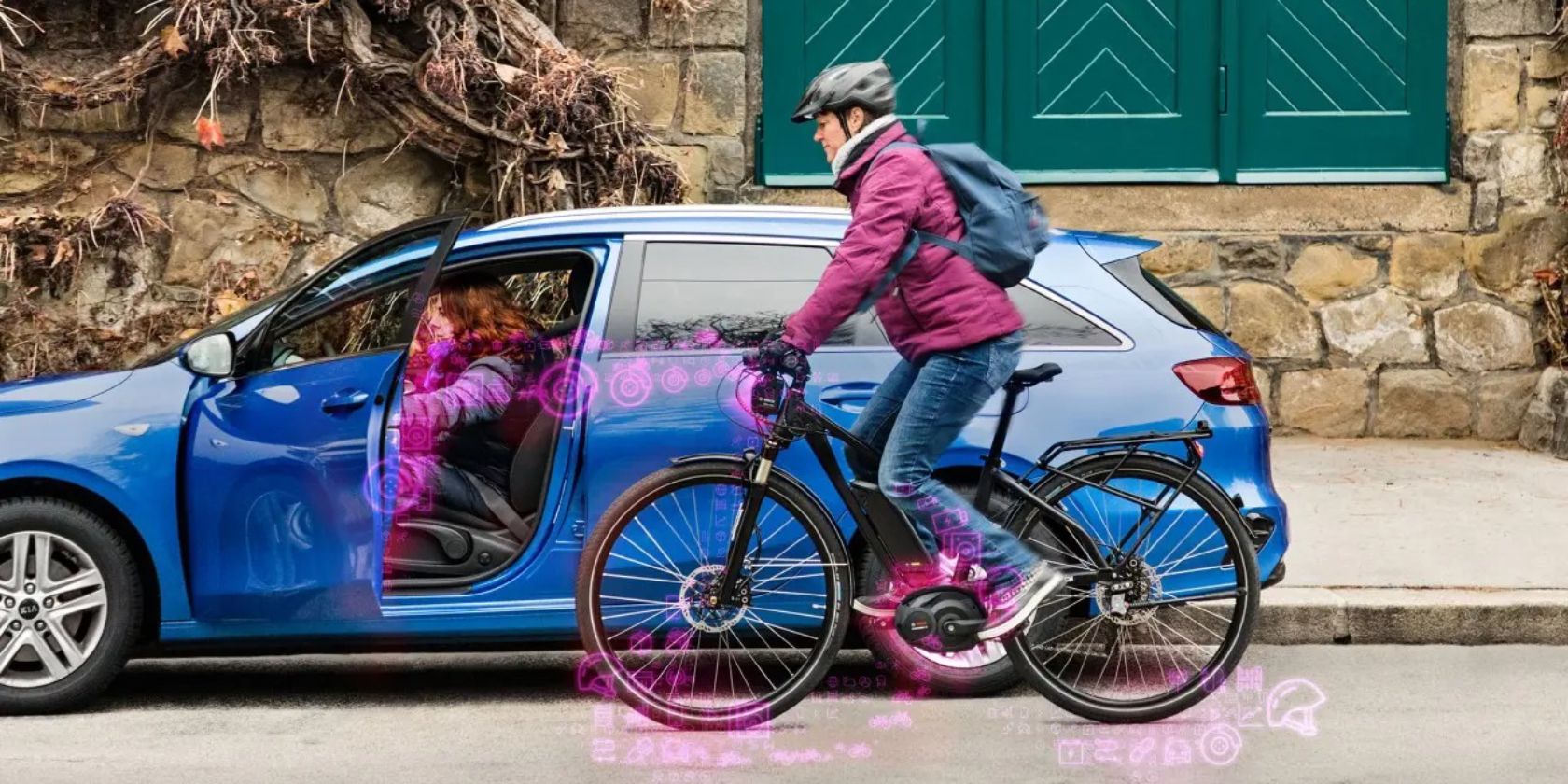 If you’ve been riding an electric bike for a while, you’ve probably had some sketchy braking situations. For example, he maybe he braked in a corner and washed the front tire. Hopefully, he avoided any harm and learned a valuable lesson about speed and the dangers of emergency braking.

When riding an e-bike, braking at the right times and with the right modulation is critical, given how easy it is to lose traction.

So what is ABS braking on electric bikes and how does it allow riders to safely control their bikes in emergencies?

What is ABS braking?

Invented by Mario Palazzetti in 1971 for use in automobiles, the Anti-lock Braking System (ABS) is a braking technology that prevents the tires from locking up during emergency braking.

While the technology may be old, it’s installed in every new car that rolls off an assembly line. According to one US Department of Transportation study of accidents between 1995 and 2007, it was estimated that ABS reduced non-fatal accidents by six percent in automobiles.

ABS braking has been around for electric bikes since 2018 and continues to gain popularity.

How does ABS work on an electric bike?

When you pull the brake lever on your electric bike, kinetic energy (the energy of your bike moving at high speed) is converted to heat. You can see this in how car brake rotors and pads can glow orange during racing or extended periods of braking.

Once all the kinetic energy is converted to heat, the bike will come to a stop. Under optimal conditions, this happens over an extended period as you apply the brakes gradually (unless you’re trying to skid, which isn’t good for your tires or trails).

In emergency situations, such as when you’re traveling faster than your abilities can handle, it’s easy to grab a handful of brakes and quickly apply a lot of pressure. Unfortunately, the resulting braking force applied to disc brakes causes them to “lock”, and the lock prevents the conversion of kinetic energy to heat through the brakes.

Therefore, the kinetic energy is not converted to the brakes but to the contact between the tire and the ground, often resulting in loss of traction. Because caster wheels are grippy wheels, when your bike begins to skid, you have less ability to maneuver the bike, making tire lockup extremely dangerous.

To fix this problem in cars, cars come equipped with ABS. ABS technology ensures that the wheels keep turning even in emergency situations. Even when a terrified person brakes hard, the ABS system allows the driver to maintain control of the vehicle.

There are many fast electric bikes on the market. As an electric cyclist, in order to understand proper stopping distance, you have to do a lot of mental arithmetic, often at lightning speeds. After all, stopping distance is a product of many things: tires, suspension, stopping power, ground surface, weight distribution, loading, and speed. This is especially true for electric mountain bikers who ride hard on uneven surfaces through obstacles at high speed.

Even for electric riders with advanced skills, it is difficult to gauge the optimal stopping distance and brake pressure needed to maintain speed and grip, especially when cornering or riding on slippery surfaces, such as a wet road, icy pavement. or a sidewalk covered in wet autumn leaves.

On electric bikes, wheel speed sensors on both wheels can detect when the brakes are locked. ABS adjusts braking force automatically using software, allowing the wheels to slow down at high-speed intervals, reducing the risk of wheel wash-out or being thrown off the handlebars, which can happen if you step on the front brake.

The ABS for electric bikes from Bosch for e-bikes offers the ability to switch modes, which will adapt braking dynamics to the way you ride, from hauling heavy loads on a cargo bike to touring, road riding, or electric mountain biking. For example, when using Trail mode, the ABS can adapt to the expectations of advanced riders on more challenging terrain. Bosch ABS is currently available in all EU countries, the UK, Switzerland and Norway, and will be available on the US market in 2023.

Another popular ABS for electric bikes is Blubrake Shimano ABS, which performs the same functions as the Bosch system: it prevents the wheels from locking and works both on and off the road. The main difference between the two systems is that the Shimano system can be retrofitted, while the Bosch system is factory installed. Blubrake ABS has not only been designed to work with all types of e-bike motors, brakes and batteries, it is also the only e-bike ABS that can be installed inside the bike frame, making it invisible.

How much does ABS for electric bikes cost?

Bosch ABS is factory fitted so you will have to wait until you upgrade your e-bike to take advantage of this system. ABS from Bosch is currently offered by a limited number of e-bike brands, including Advanced, bianchiY benno, to name a few. However, you can expect Bosch ABS to add around $500 to the total cost of an electric bike.

Blubrake ABS is offered on new bikes from brands like stromer, OpiumY bianchi. However, Shimano has not released pricing or availability of the Blubrake upgrade system yet.

Is E-Bike ABS Braking For You?

ABS braking on electric bikes may be in the early stages, but the product development process is likely just getting started. As systems get smaller, easier to retrofit and install, and cheaper, you can expect to see ABS brakes on more and more e-bikes.

As more and more people transition from driving to riding electric bikes, ABS will increase the appeal by making the experience safer and, in the case of electric mountain biking, simply more fun.

So if you’re looking for a new electric bike, there’s no reason not to take advantage of the latest electric bike technology. With ABS braking for electric bikes, you will improve your traction and you will be able to ride more safely and confidently. Eventually, this technology may come standard on all electric bikes, just like cars.