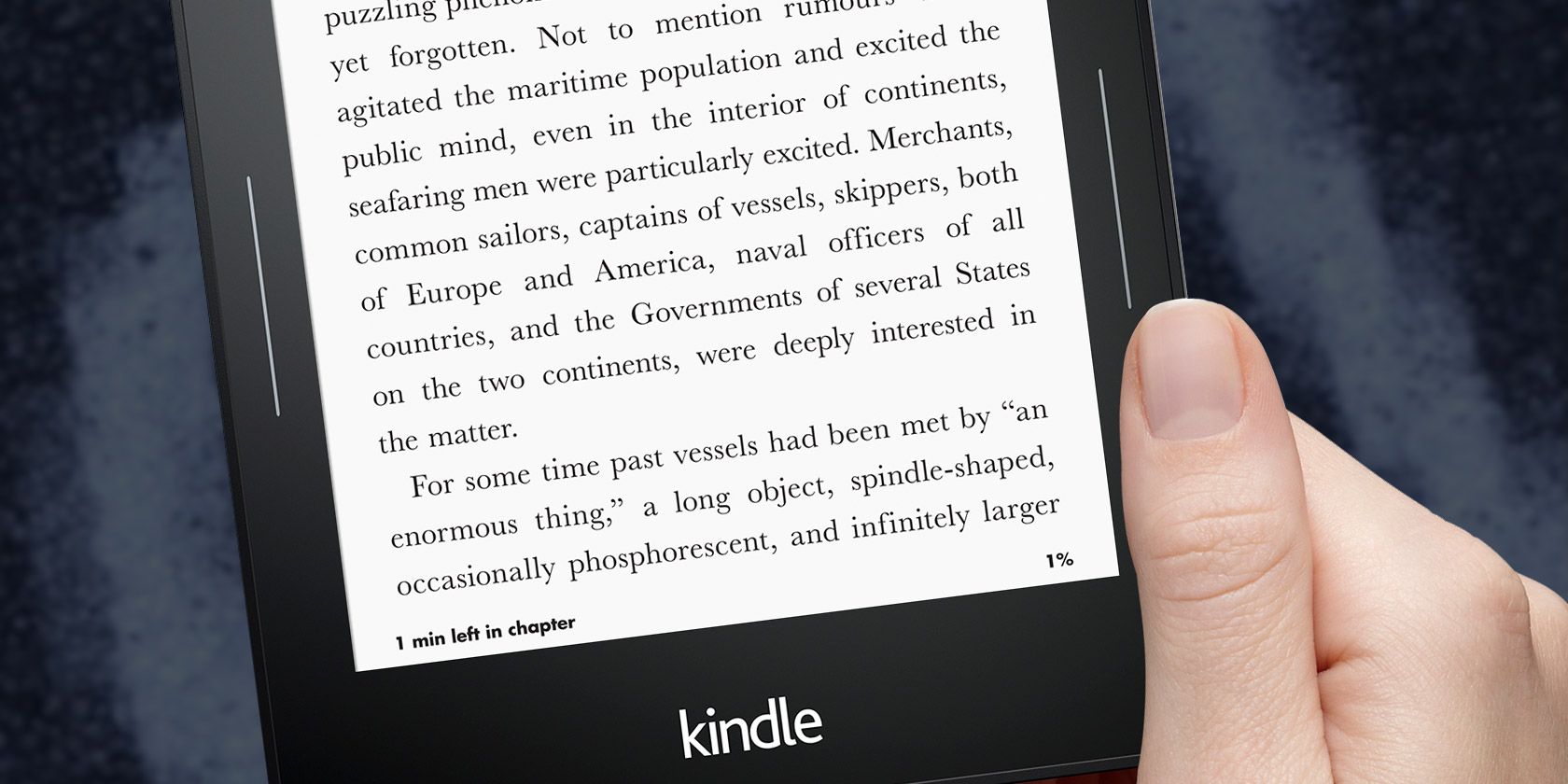 E-readers, like Amazon’s Kindle, can only do one thing, but they do it very well: they make reading digital books as easy on the eyes as reading paper books. Their screens look like paper, can be viewed from any angle and in direct sunlight, and battery life is measured in weeks.

But how do these electronic ink screens work? What makes them so much better to read? How do they manage such impressive battery life? And should you invest in one yourself? Here is everything you need to know.

What is electronic ink?

E-Ink is a display technology that replicates the appearance of ink printed on paper. As such, most of these displays are black and white only. However, color e-readers are becoming more popular. We’ve also seen E Ink (the company) launch Gallery 3, a new e-reader that features faster color refresh time and improved screen resolution.

The first device to feature an e-ink display was Sony’s Librie, an e-reader released only in Japan in 2004. The main reason it failed to achieve widespread adoption was its high price and a DRM-heavy file format that made that your eBooks expire after 30 days.

It wasn’t until Amazon released the Kindle in late 2007 that E-Ink really took off. Like Librie, it had an 800 x 600 pixel display capable of displaying four levels of grayscale. The contrast wasn’t amazing, but it allowed you to take an entire library of digital books with you wherever you went, so it caught on.

Of course, Kindles aren’t the only devices that use e-ink displays. There have been many competitors over the years, including Sony, Barnes and Noble, Kobo, and Bookeen. Even some smartphones used this technology in the past. However, e-ink displays are not just limited to portable devices. They are used in wearable devices such as wristwatches and ID cards, electronic signage, monitors, and smart cards.

But at the end of the day, e-readers have always been, and will continue to be, the main focus of E-Ink, with the most popular option being the Kindle and its variants.

Before we continue, we must distinguish between E-Ink and E-Paper. The two may sound the same, but there are some nuances you need to be aware of.

E-Paper is any type of display that emulates the appearance of paper, and a few different technologies fall under this umbrella. As a general rule, e-paper displays are reflective rather than emissive, meaning they rely on external light sources rather than emitting their own light (such as LCD or OLED displays).

In other words, E-Ink is just a specific type of electronic paper technology.

The Pebble smartwatch is arguably the most popular example of an e-paper display that doesn’t use e-ink. Instead, it uses an incredibly low power liquid crystal display with a reflective coating that looks like paper. Other technologies include Mirasol and Electrowetting, but they have generally been relegated to niche use.

How does electronic ink work?

On an electronic ink screen, a transparent fluid suspends millions of tiny capsules filled with black and white pigment. The black pigment is negatively charged, while the white pigment is positively charged, and the fluid layer is sandwiched between two region-divided electrode layers. Each region is a “pixel” on the screen.

This entire process is called electrophoresis.. Depending on how the electrode layers are loaded, the proportion of pigment in each region changes, and that proportion is what produces varying degrees of grayscale on the screen.

Conversely, when the lower electrode generates a negative electric field, the negatively charged black pigment is pushed towards the surface of the capsule, thus darkening the white pigment. This results in a black pixel on the screen.

But when the lower electrode creates both positive and negative electrical fields, a mixture of black and white pigment is pushed onto the capsule surface, resulting in a shade of gray that can be darker or lighter depending on the amount of black and white. display for that pixel.

Unlike an LCD display, which requires constant power to keep screen content on the screen. E-Ink only requires power to change the polarity of the electrodes per region. This means that your e-reader only uses power when you turn pages, and this is how an e-reader can last up to a month on a single charge.

E-ink devices can further reduce power consumption by changing only the pixels that need to be changed per page turn. In other words, if a particular pixel stays black from one page to the next, nothing needs to change, so the reader doesn’t use power.

However, over time, some pixels can get stuck and refuse to change even with a new polarity, resulting in an impression of text that remains even after turning the page. This phenomenon is known as “ghosting” and is usually fixed by a full page refresh. That is why, from time to time, the screen flashes completely black, then white, and then returns to the page you are viewing.

Also, e-ink displays are not limited to e-readers. It is possible to create your own fascinating projects with an electronic ink screen.

Advantages and disadvantages of electronic ink

2. Less eyestrain: While e-readers do produce a fair amount of blue light, it’s much less than LCD and OLED displays. You can read longer without experiencing eyestrain on e-readers.

3. Paper-Like Experience: Nothing can replace the feel of a paper book, but e-readers come reasonably close, at least on the surface. This means that reading on one feels more natural than reading on a computer screen (even though both are digital).

one. Update rate/slow updates: Numerous improvements have been made to e-readers over time, but they still take a long time to catch up compared to LCD and LED devices. This makes them unsuitable for playing animations and videos. However, newer E-Ink devices like the Kaleido 3 are said to be responsive enough to play fast animations and high-quality videos.

2. Price: E-ink displays are quite expensive compared to LCDs, especially as they increase in size and resolution. This is because e-ink displays are produced by a limited number of manufacturers that cannot take advantage of economies of scale.

While a standard e-reader like the Amazon Kindle Paperwhite costs a lot less than, say, the Samsung Galaxy Tab, the latter can be used across multiple apps, unlike the Kindle, which can only be used to read e-books. This means that e-readers are still a luxury purchase for most people.

What about reading in the dark?

The reflective nature of E-Ink makes it perfect for reading in bright light, but because it can’t emit light on its own, it can’t be read in the dark. In earlier models, reading in the dark meant using a lamp or some other external light source, just as you would a regular paper book.

High-end e-readers these days have a built-in illumination feature that allows you to read in the dark. The lighting is also useful during the day when you need to adjust the contrast.

Instead of using a backlight, most e-readers actually use LEDs mounted along the inner sides of the screen that illuminate a thin layer of translucent plastic. This distributes light evenly across the surface and makes the entire page readable.

Long story short, this means you can read in the dark without straining your eyes like you would on a light-emitting screen like your smartphone or tablet.

Of course, additional power is needed to power these built-in lights, so this will greatly reduce the total battery time of the device. Instead of four weeks per charge, you can get around two weeks.

E-Ink is the technology that gives your e-reader fantastic viewing angles, sunlight readability, and incredible battery life. With additional lighting built into the device, it even allows you to read at night without ruining your eyes.

Despite the limitations, e-ink has come a long way over the years and is now available on many devices, from e-readers to multimedia tablets. In the long run, buying an electronic ink device is an investment that pays for itself over time.