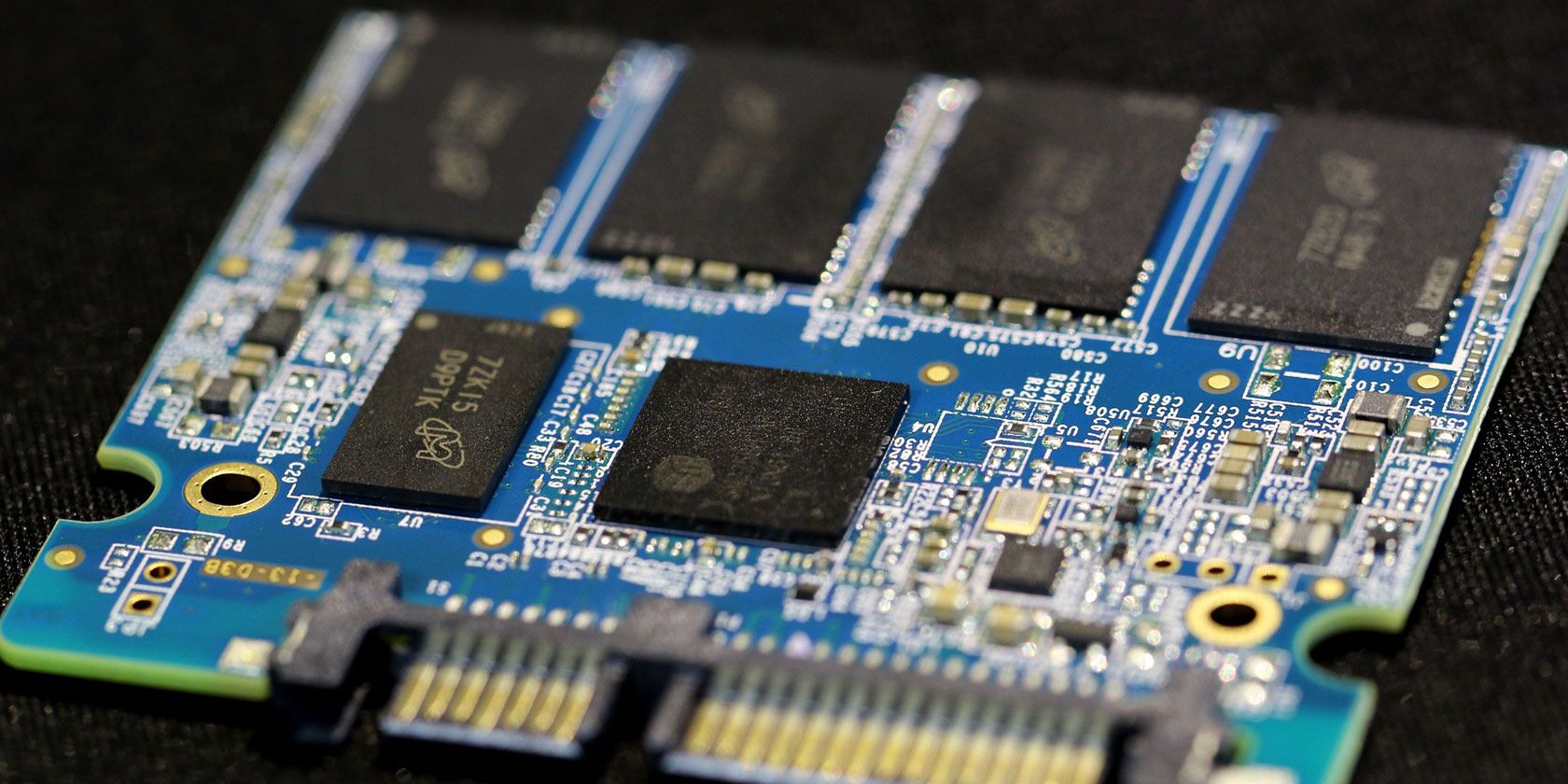 When shopping for a solid-state drive (SSD) for your computer, you may come across the acronyms “QLC” and “TLC” on different models. These refer to the type of NAND flash used in the drive and understanding the differences between them will help you make the right choice.

So let’s take a look at the QLC and TLC SSDs, compare their performance, and help you find the best option for you.

What is QLC NAND flash memory?

First, let’s get some definitions out of the way. NAND is a nonvolatile storage technology that stands for “NOT AND,” a reference to how it stores data. It is called “non-volatile” because it retains data even when there is no power, making it suitable for SSDs and other storage devices.

NAND flash memory comprises cells that can store data as electrical charges, with each cell storing one or more bits of data. The number of bits a cell can store determines the type of NAND: single-level cell (SLC), multi-level cell (MLC), triple-level cell (TLC), or quad-level cell (QLC).

That being said, QLC NAND flash memory stores four bits of data per cell, allowing for 16 possible binary values. QLC was first introduced in 2018 and has become increasingly popular recently, probably due to its low price.

What is TLC NAND flash memory?

However, SSD cells only have a limited number of read and write cycles during their lifetime. So if you store more bits in a cell, each cell will go through more cycles than an SSD with a lower storage density. This means that it will likely have lower endurance and slightly slower read/write performance than a TLC SSD.

As of 2021, TLC has become the predominant technology in all consumer SSDs. TLC NAND is used in high-performance drives for web hosting servers, gaming PCs, and entry-level SSDs for general consumer use.

Comparison of QLC and TLC SSDs

QLC and TLC SSDs are two popular options for computer storage that offer different benefits and tradeoffs. QLC SSDs provide more storage space for a given price, but are slower and less durable than TLC SSDs.

TLC SSDs offer faster performance and better durability, but have lower storage density and cost more. When choosing between the two, it is essential to consider your specific needs and your budget to find the SSD that best suits your needs.

Whether this is your first time buying an SSD or you’re reading this article to learn more about SSDs, our glossary of terms to know when buying an SSD might help.

The speed difference between QLC and TLC SSDs is not always significant for most users, especially if you simply use it as a secondary storage drive and not the primary boot drive. In these cases, the extra speed of a TLC SSD may not be worth the extra cost.

However, you should also keep in mind that the speed of the SSD is affected by other factors, such as the interface connection and the current workload. In general, both QLC and TLC SSDs are adequate for most everyday use cases, but TLC SSDs offer a slight performance advantage in some high-demand scenarios.

When it comes to capacity, QLC and TLC SSDs offer different benefits. QLC SSDs have a higher storage density than TLC SSDs, which means they store more data in a given space. This makes QLC SSDs an attractive option for photographers, video editors, or other professional users who need a lot of storage space.

However, if you’re using the SSD to store important projects or work with a lot of massive files, you’ll probably want better reliability and slightly faster speed from the TLC SSD.

It’s worth noting that the price of an SSD is also influenced by other factors, such as brand, capacity, form factor, and other variables you should consider before buying an SSD. To get the best deal on an SSD, shop around and compare prices from various retailers. Remember that the cheapest option may not always be the best, as cheaper SSDs may have inferior performance or durability.

On average, you can expect to pay the following prices for QLC and TLC SSDs with different storage capacities.

These estimates may vary depending on the specific make, model and retailer.

SSD durability differs based on its endurance, or the number of times data can be written to and erased from the drive. QLC NAND has a lower resistance than TLC NAND, which means that QLC SSDs are less durable and have a shorter lifespan. This can be a concern for those who rely on their SSDs to store important data and need a drive that will last a long time.

Conversely, TLC NAND has higher endurance than QLC NAND, which translates to higher durability and longer lifespan for TLC SSDs. This makes TLC SSDs a good choice for those who need a drive that can handle heavy workloads and last a long time.

When choosing between QLC and TLC SSDs, you should consider your durability needs. A TLC SSD may be the right choice if you need a drive that can handle heavy workloads and last a long time. On the other hand, if you’re willing to sacrifice some durability for a lower price, a QLC SSD may be the better option.

QLC vs TLC SSD: Which is the best option for you?

So which type of SSD is better for you: QLC or TLC? The answer depends on your needs and priorities. If you need fast performance and are willing to pay a little more, a TLC SSD is probably the best option.

On the other hand, if you need a lot of storage and are willing to sacrifice some speed for a lower price, a QLC SSD might be the way to go. Ultimately, the choice between QLC and TLC SSDs comes down to your specific needs and budget. But if money isn’t an issue, then your best bet is to get a TLC SSD (or even an MLC or SLC).