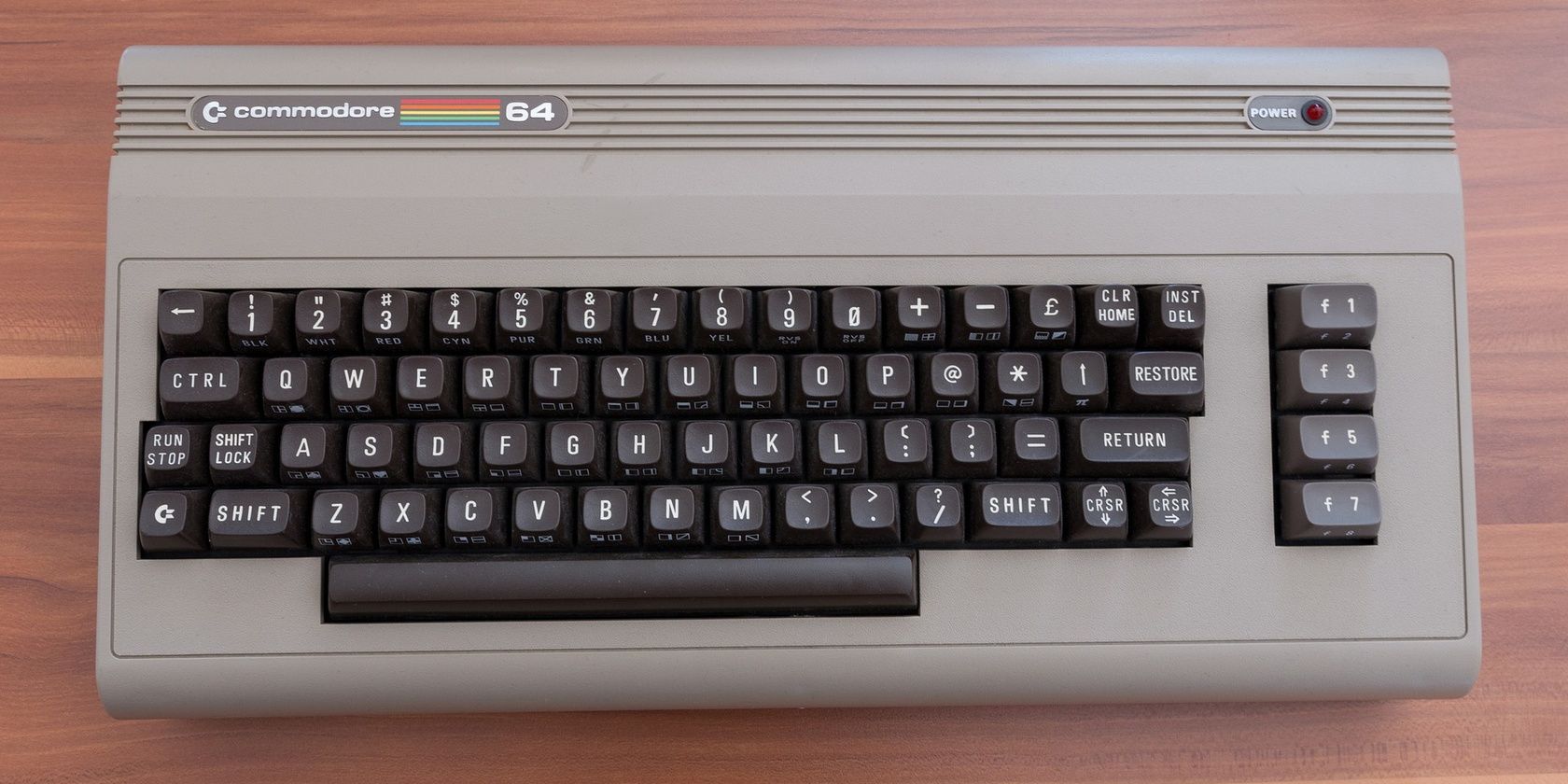 The Commodore 64 was released over 40 years ago, and over the course of a decade it ended up selling between 12.5 and 17 million units. But who built the Commodore 64, why was it so popular, and how much would it cost to buy one today?

Here’s everything you need to know about the original mass-market home computer, the Commodore 64.

When did the Commodore 64 come out?

Although the Commodore 64 was introduced at the January 1982 Consumer Electronics Show (now better known as the annual event, CES), it was not available to purchase in the US until August 1982.

Early success led to its implementation in other countries, with the 8-bit computer, also known as the C64, officially available in the UK and Northern Europe in 1983.

Other versions of the Commodore 64 followed, such as the Commodore MAX (aimed at the Japanese market), the Commodore 64C (a wedge-shaped design much like the later Commodore 128), and the disastrous Commodore 64 GS. This final iteration was essentially a keyboardless C64, presented as a game console with the original’s rear cartridge port mounted on top.

It did not sell well.

A Commodore 65 was also planned, but rejected after a few prototypes; some of these still exist.

Who made the Commodore 64?

Presented to Commodore CEO Jack Tramiel as an affordable replacement for the VIC-20 (released in 1980), system developers Bob Russell, Bob Yannes, Al Charpentier, and Charles Winterble were able to complete the design of the computer’s chips in November 1981.

The Commodore 64 used the same case and keyboard as the earlier VIC-20 to save cost. The colors may have varied, but this was the famous “bread box” machine (which, by the way, looks nothing like any bread box you’ve ever seen).

The Guinness Book of Records lists the Commodore 64 as the best-selling computer of all time, based on having only one hardware model.

Why was the Commodore 64 so popular?

Several factors contributed to the success of the Commodore 64. While the starting price of $700 was expensive, it soon fell with the increasing popularity of the computer. This was due to things like the wide selection of software, some compatibility with the older Commodore VIC-20, and the choice to run the software from audio cassette, 5.25-inch floppy disk, and cartridge.

The Commodore 64 had a 16-color palette, could support parallax scrolling (all directions), and animated multiple colored sprites thanks to the VIC-II chip. It also featured a programmable audio chip, the MOS Technology 6581/8580 Sound Interface Device or SID. Several years ahead of its time, the SID’s audio capabilities remain in order more than 40 years later.

I was lucky enough to own a Commodore 64 (and still do) from 1984 onwards. At the time, barely a year after the famous video game crash that nearly destroyed the industry, the C64 was clearly the best and most widely supported choice in a market that included computers from Apple, Tandy, and IBM.

It also had a massive library of games, currently estimated at around 10,000 (with more being released every week even now).

Can a Commodore 64 connect to the Internet?

Although the Internet is considered a modern invention, you are probably equating it with the Web. In fact, the Internet has been accessible to the public since January 1, 1983.

Consequently, the Commodore 64 and other computers of its generation were able to access an early Internet thanks to modems. In the case of the C64, this meant using a modem cartridge to which a telephone line was attached. Some modems shipped with an acoustic coupler, basically a device that the telephone receiver rested on, upside down, where the telephone lines could not be disconnected.

In the old days of the Internet, basic online games could be played on a Commodore 64 (or other computer), usually bulletin board RPGs.

These days you can connect a Commodore 64 to the Internet via Wi-Fi. This is possible using a custom interface card that plugs into the user port (the leftmost rear port on the C64 when viewed from the front).

With one of these connected, you can still access BBSs and interact with other C64 users.

Is a Commodore 64 computer worth it today?

If you have an old C64 and are thinking of selling it, or are considering buying one, you are probably wondering how much a Commodore 64 is worth.

The going price for a Commodore 64 on eBay ranges from $50 to $300, depending on several factors:

Since so many were built, it’s not hard to find an affordable Commodore 64 for sale on eBay. In the meantime, if you own one in good condition, you could be sitting down with a nice little bonus.

Are Commodore 64 games worth it?

It’s very easy to download Commodore 64 games and play them on an emulator (see below), but if you already have a collection of old games, you might be interested in selling them.

But where can you get Commodore 64 games for sale? Are these classic C64 games worth it?

As with any classic gaming and computing platform, most of the games aren’t worth much. After all, they can be freely (albeit illegally) downloaded from the web.

How to run Commodore 64 software today

If you can’t get a Commodore 64 but want to test some of its software, you don’t need the original computer.

A solution like Retro Games Ltd’s mini Commodore 64 is an affordable alternative. TheC64 Mini (and its life-size sequel, TheC64) features a carousel-based user interface that allows you to select any of the pre-installed games. You can also add games using a USB stick.

In the meantime, if you’re feeling handy and have a Raspberry Pi, you can effectively build your own C64 Mini.

The Commodore 64 represents over 40 years of home computing

It’s amazing to think that a computer released in 1982 is not only still working, but also being sought after. There is a market only for SID chips; Boxed C64s sell for hundreds of dollars, and there are some rare sets that collectors still seek out.

With emulation software and emulation systems available like TheC64 Mini, you have a feeling this particular classic computer will be around for at least another 40 years.